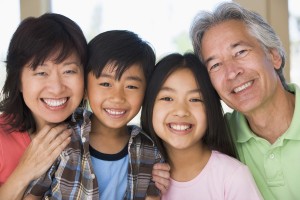 Two things sustained me when I was grieving the loss of my husband: my God and my friends.

We were all traumatized. Because of distance and other intervening life events (our daughter had just given birth to her first child prematurely and our sons lived out of state), it was our friends who gave us the physical and moral support we all needed when my husband got ill and died within three and a half months.

My husband and I always had lots of friends. When we moved to another state that offered opportunities to cruise with our sailboat in retirement, we left behind many lifelong friends. We built our dream house, settled within a large friendly community and was just beginning to enjoy semi-retirement when tragedy struck. For a man rarely sick throughout his life, a brain tumor quickly took him from a viable force to rapid decline and death.

The new friends we had made within this wonderful community came to our aid in ways I wouldn’t have imagined. One woman organized a team of people to take my husband to his daily radiation treatments 45 minutes away from our home. Over a hundred people quickly signed up with a waiting list. Another friend flew from Great Britain and stayed with us a month.

As we slid down the slippery slope to death, friends took care of our little dog when trips to the ER became more frequent and when my husband eventually had to go into a hospice facility. Another friend took over the sale of our sailboat; a couple came and cleaned our entire house; and friends never thought it an imposition to sit with us in ER after just arriving home from vacation. Others arrived at our door with dinners.

My husband had been an integral part of my life and when he died I felt as though part of me had died as well. These same friends rallied around me after his death. They didn’t wait for me to call – they called me, they came by. I was included for dinners as though I were a member of the immediate family. And the list of support goes on.

How would you define friendships? I think most of us would describe friends as people we enjoy being with and spending time together. We assume friends will be loyal and that we can depend on them if we need help. But perhaps it is in adversity where we truly discover the depth and meaning of friend.

Even when we do not share a history together, people can quickly become friends who reach out in time of need. When pancreatic cancer rapidly took the life of my son, his friends rallied around us as we worked to meet his needs during those last frantic days.
Living out of state, his friends were his extended family – a family of people who would do whatever it took to be there. They extended their caring and love of him to me as well. I would not have been able to handle the crisis that rapidly evolved without their help. Nothing was too great a sacrifice of time or effort. That friendship and help continued after his death as I closed up his apartment and his affairs.

Friends are people who are willing to extend themselves beyond their own comfort zone, to be there in the dark of night and chill of dawn. They become aware of and fill needs before they are expressed. They are willing to sacrifice time and effort when it isn’t convenient.

My friends have taught me a lot about friendship. While I can never repay them – something that if I tried would diminish that love and friendship – I can extend the same hand of friendship to others around me.