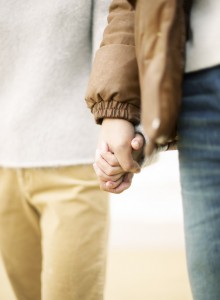 We all want to be happy. And we want our marriages to not only last, but grow better over time. While some relationships will fail for a variety of reasons, being willing to identify and work on the problems we face is the first major step to a meaningful relationship.

The first years of a marriage tend to be the most vulnerable and statistics reveal that reality. When we are passionately in love, we believe it will last forever.

However, work schedules, babies, chores and home maintenance soon become the focus and we can quickly get mired in daily problems. Add in personal careers and the stresses increase and the relationship begins to suffer.

It is easier than ever to get a divorce and people often hold the mistaken belief that if they get out of their current relationship, the next one would be the one that will make them happy. However, again, the statistics reveal a different picture.

In a study in 2004, around 16,000 adult Americans were asked whether they were happier with multiple partners and the response was no – they were happy when they were attached to just one person.  People do want a long term relationship.

What are some of the causes of divorce?

While many reasons contribute to the breakdown of a marriage, the following research data is worth reviewing:

What can add the most distrust to a marriage?

In a recent article by Eliana Osborn in the October 15, 2015 Real Simple magazine, she writes that  many relationship experts indicate 4 common problems couples face that lead to the ending of a marriage.

Anything of value is worth tending to.

If you valued your relationship once, what is keeping you from reclaiming that value today?

We need each other. We need healthy, viable relationships whether it is between husband and wife, parents and children or extended families. We need friendships we can rely on. It keeps us young, physically and emotionally healthy and believe it or not, boosts our brain power.