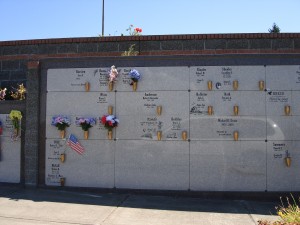 So begins the book, “Clara’s War, One Girl’s Story of Survival”, a memoir of a 81 year old survivor of the Second World War during the invasion and occupation of Poland, first by the Russians and then by the Nazi’s.

It is a riveting true story of a teenage Polish Jewish girl who with her family and two other families was forced to live in an underground basement bunker in the home of the Beck family who hid them for 18 months. Clara (Schwarz) Kramer’s original diary of this time period is on display at the Holocaust Memorial Museum in Washington, DC, written with the stub of a pencil on bits of paper.

Ever since I helped my sister-in-law put her own personal account of the second world war into a book for her children, I have had an interest in that time period. As a young girl, my sister-in-law, living with her parents and grandparents on their farm in Northern Germany, witnessed Hitler’s war planes on their way to bomb Poland. As seen from the eyes of someone who fled with her family from the invading Russians seeking revenge for Hitler’s deceit, you become a witness to the human side of war – the destruction, depravity and horror placed on people by leaders whose only intent is power and destruction.

Since those early years when I became involved with writing and editing, I have been interested in not just that historical time period, but the stories of people who lived through such events. (I have added a list below of some of the books I have read of that time period).

How do you live underground for 18 months, sometimes barely allowing yourself to breathe, with Nazi soldiers moving in and living in rooms above your head, and the SS visiting for short periods of time?

Clara’s War, is such a story of survival. Reportedly, there were around 5,000 Jews who lived in Zolkiew, Poland before WWII. At the end of the war, only about 60 survived. Clara lives in the United States and has spent her adult life telling her story and other stories of the Holocaust and the war years and has served as president of the Holocaust Resource Foundation at Kean, University.

What would you do, if you were a teenage girl living with your family under Russian rule when suddenly the Russians flee overnight as the Nazi’s returned to occupy the town? What would you do if you were a family who weren’t especially friendly with the Jews, but whose conscience wouldn’t allow you to let neighbors to be seized and never heard from again? Would you be willing to put yourself and your family at risk of being tortured and shot if you were found to be harboring Jewish families? Would you have the strength of character to maintain their safety when food was scarce and the war was becoming more and more dangerous. And how do you survive such trauma and then continue to live what we would call a “normal” life, and not be caught up in bitterness and in the end dedicate yourself to helping people to never forget?

Why read such accounts now?  Because history has a way of repeating itself.  Also in such stories we learn about the enduring human spirit that can survive incredible events. We learn a little about ourselves as well when we ask ourselves, what would we do?

“The Forgotten 500: The Untold Story of the Men Who Risked All for the Greatest Rescue Mission of World War II, by Gregory A. Freeman, Dec 2014

“All Quiet on the Western Front”, by Erich Maria Remarque A book about the first world war written by a German who spent a year on the front lines and some time in a medical hospital. It is written from the perspective of just a man at war, regardless of his politics or country. Excellent portrayal of what war is, how it destroys man from the inside out. Well written – excellent book.

“Surviving the Angel of Death: The True Story of a Mengele Twin in Auschwitz”, by Eva Mozes Kor and Lisa Rojany Buccicri