Five years later, our last son, Don, was born. He was special is so many ways. With a twinkle in his eye, he could make you smile and laugh. Born without the muscle capacity to hold up his head, he learned to walk, swing on ropes, play the trombone, be in cub scouts and act in drama classes with a brace designed especially for him. After back surgery and fusions, Don went on to become a conceptual artist in Santa Monica, CA. drawing, writing, and producing. Pancreatic cancer took his life in 2009. 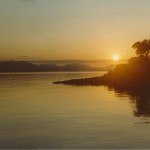 We rounded a corner in the headland and glided into a little cove snuggled in the contours of the island. After sailing all day with rising winds and a chop on the water, we were ready to drop anchor for the night.

Protected from the bluster and nip of the wind, the air was balmy and pleasantly warm. We quickly discarded our jackets, stowed the sails and set the anchor.

As our sailboat gently floated from its tether, we brought pillows from below and settled into the cockpit to enjoy the final magnificent display of a sunset in the San Juan Islands.

Birds circled and cawed to each other. A sea gull glided down and settled into the water with hardly a ripple. A blue heron watched us from the shore before returning to snatch bits of food from the water’s edge.

As the day continued its journey into evening, wispy clouds reflected the changing colors of the setting sun: red – coral – grey and gold. As it dipped behind the edge of the earth, sky and sea melted together and became one. And the heart and soul and mind experienced a deep peace. 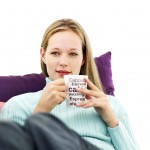 In the game of sports, coaches call time outs to discuss new strategies.

In the game of life, we need time outs to step out of intense work cycles, give our mind a chance to calm down, and allow our bodies to release tension.

I work out of a home office and I periodically leave my computer and spend five to ten minutes doing some mindless chore to give my brain a break. Or to simply sit quietly and close my eyes and use the relaxation techniques I describe in my book on stress and my Relaxation CD. Mindless chores allow my body movement while my brain disconnects from planning, worrying or thinking.

Everybody needs time outs – your children as well as yourselves

This is not a boring 3-5 minutes sitting in a chair because of noncompliance. Time outs are a way to restore balance. It is unplugging – unhooking from all the electronic devices we use to divert ourselves and purposefully setting aside quiet time to allow our brains and bodies to relax. 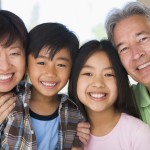 Living without rules and laws would soon result in a breakdown of order within our homes and in society. Without respect for the property and rights of others, life would eventually become chaotic.

Children who grow up with noncompliance, being disobedient and unwilling to cooperate tend to have severe adjustment problems as they grow up. Learning to listen and obey is important.

If you want compliance from your children, you need to inform them of what is expected. Obedience doesn’t mean that you don’t listen to your kids reasons or try to understand things from their point of view. It doesn’t mean we demand rigid uncompromising obedience that makes our kids fearful.

In the busy world we live in, we expect kids to obey and do it right now! When they don’t, we often threaten, take away privileges or ground them.

When we are tired, it is easier to get angry and harsh in our responses. When expectations are unclear, there are more arguments. 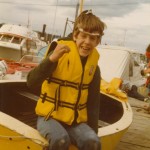 When we feel good about ourselves, we are ready to tackle the world. Bring it on! Nothing is too tough. Whatever happens we believe in our ability to handle it.

Brennan Manning in his book, “Abba’s Child,” quotes David Seamon from his book, “Healing for Damaged Emotions”, who writes that many Christians are defeated by Satan’s most powerful psychological weapon.

“This weapon has the effectiveness of a deadly missile. Its name? Low self-esteem. Satan’s greatest psychological weapon is a gut level feeling of inferiority, inadequacy and low self-worth.”

He goes on to say that even when we believe and have had “wonderful spiritual experiences”, low self esteem can “shackle” us and keep us from living a full life that God has put in place. 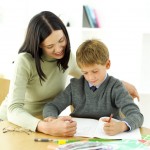 I have had some excellent teachers in my life and some that were downright lousy. In school they played an important role in helping me understand difficult subjects so I could learn.

What makes a good teacher?

For me, a good teacher is someone who is interested in helping you learn. They define their topics and goals and the steps needed to accomplish them and offer encouragement and motivation to achieve. As parents, we are also teachers.

Learning is a lifelong process. As a parent, we are teaching our children about how to be responsible adults as they go through childhood.

In my blog, Navigation, I wrote about the importance of rewarding children for the tiny steps they make toward a predetermined goal. Some children will need many tiny steps that are rewarded as they move toward the ultimate goal. 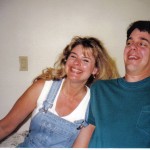 There is a kid in all of us. Sometimes we tie him up so he can’t say, “I’m tired of working so hard. I want to go play.”

Every kid needs time to play. That is true for us as adults as well. There is a kid in each of us who wants to fling out his arms and race down the hill with wild abandon while laughing for the sheer joy of laughing.

Play for the health of it

Play is that medium that releases the bubble of life inside each of us, inviting us to get off the merry-go-round of schedules and simply be. It liberates us from the pressure of work, stress and time constraints to let go and have fun.

Play – it can be individual or a group effort. It can be the simple act of working on a project that has no merit other than it is fun and pleasing in some way. It may be a solitaire state of being as you sit and watch an ant hard at work gathering and collecting bits of food, or a spider deviously waiting on his web of deception for that unsuspecting insect to land and be captured. 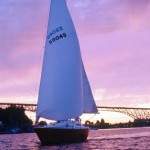 My husband and I were sailors. No, we didn’t take off across the oceans to see far-away places.

But we did navigate up and down the coast of Oregon and Washington, maneuvered rivers where ocean freight liners traveled and cruised the San Juan and Canadian Gulf Islands.

To begin sailing or cruising, the first thing you learn is the basics of navigation: where the invisible lanes are in the water, who has the right of way, how to read a “chart”, etc.

Without this knowledge you can quickly end up on the rocks, in shoals or stuck on sandbars.

The basic rules we teach our children can help them navigate through the rocks and shoals of life. It tells them what to expect, why it is important and the consequences of ignoring them. 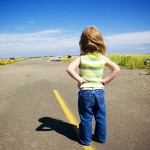 Can you imagine getting in your car and driving down the freeway without first going through driver’s training to learn what you could and could not do? And to know that others also were required to get such training.

We may get annoyed with speed limits, aggressive drivers, etc. but the “rules of the road” help us drive with some sense of safety and precaution.

There are “rules of the road” of life in general that we need to learn; social, cultural, psychological, physical, spiritual. We learn manners, respect for others, compassion, restrictions, limitations, time management and how to care for ourselves. We learn the basics of problem solving and critical thinking and how to discern and evaluate choices.

We take these everyday rules for granted but without them, civilization as we know it would soon deteriorate.

I’m Not a Parent – Should I Continue?

If your parenting years are behind you, you may be wondering what this series on parenting can offer you. There are several reasons why this would be relevant at any time.