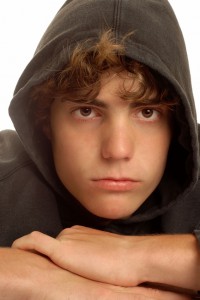 How do you know if you have an anger problem?

Bill DeFoore in his book, Anger: Deal with it, Heal with it, Stop it from Killing You outlined symptoms of an anger problem.

The following questions are based on that list and might help you become aware of whether there is a more serious problem than just resolving ongoing irritations.

When angry people simply react to their emotions in the moment, they rarely use appropriate behavior.   They simply explode. Anger unchecked over time becomes rage and hostility.

Acting out anger, however, does not get rid of it. Some of its energy is momentarily released, but the underlying problems are still there.

We might think that being passive is the way to avoid the hurtful results of anger gone amuck. However, we simply find anger goes underground. Buried anger often has its roots in childhood where we have experienced abuse of some kind. We may have been told by parents that anger is no good and if we showed anger we would be punished. Suppressed anger behavior was probably modeled.

When a natural expression of anger is smothered or suppressed, we get a false sense of comfort with the belief that if I block out or keep a tight rein on anything that smacks of anger, that I will be okay and won’t lose control. In this process, other emotions are restrained and denied as well.

But repressed anger simply creates a larger problem. As Bill DeFoore so eloquently said, “To be passive means not to be active.” When we live life passively, we simply allow things to happen instead of actively “making things happen.” We don’t accomplish things for ourselves; we allow others to do things for us. It soon makes us feel like a victim of everyone and everything.

While there are times when it is appropriate to use non-assertive behavior, when it is the norm instead of the exception we are headed for problems.