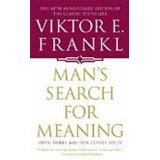 What does humor or laughter have to do with concentration camps?

Could laughter and humor have any place within conditions where people were being annihilated because of their faith and race? Wouldn’t that be sacrilegious to the sacredness of life to even suggest such a thing?

Only someone who had been there, and who by the grace of God survived, could speak to such things.

As I watched a documentary on the death and unfathomable horror of those Nazi concentration camps, and saw the recorded footage of the death and torture of thousands and thousands of Jews during WWII, as recorded by the British, American and even the Nazi’s themselves, it was unimaginable that it could be real. How could any man do that to another man?  And how could anyone find meaning in such circumstances.

In his book, “Man’s Search for Meaning”, Viktor Frankl wrote about how he and others were able to discover meaning for life – even here.  I was profoundly impact by his book during my graduate work.

Viktor Frankl was a psychiatrist who had a thriving practice in Germany when Hitler took power. But it wasn’t long before his practice came to an end. Because Viktor was a Jew. He and his entire family were sent to Nazi concentration camps.

Over a three year span, Viktor was in three separate concentration camps,ending up in Auschwitz, considered by many to be one of the worst. His entire family, except for his sister and himself, perished in those camps. Every possession was taken from them, and the Jews who weren’t shot or sent to the gas chamber, endured unspeakable horror.

In his book, Viktor wrote this about his life-altering experience:

It was in the concentration camps where Frankl discovered meaning for life. In spite of the horrible environment, depravity and brutality, the prisoners were able to “retreat from their terrible surroundings to a life of inner riches and spiritual freedom.”

In fact, he said it was exactly in such situations where our “spiritual life” could deepen. Men were compassionate to others who were dying and would sacrifice their meager portion of food with those who needed it more.

He discovered that with practice, the prisoners could focus their minds on things of good – they could see the beauty of God’s earth around them even in the scorched desolation of the land – and for the briefest of moments focus on the blue sky or a bird’s song or a budding bush. And they could look for humor.

“Humor was another of the soul’s weapons in the fight for self-preservation. It is well known that humor, more than anything else in the human make-up, can afford aloofness and an ability to rise above any situation, even if only for a few seconds.”

He and another prisoner made a decision to invent at least one amusing story daily to share with each other.

“The last of the human freedoms – to choose one’s attitude in any given set of circumstances…. could not be taken away from them.”

One could starve, beat, humiliate, and take away every shred of human modesty. The Nazi’s tried to destroy the spirit and soul of their prisoners. But they were unable to take away the ability to find meaning in the midst of the hell they were creating. Even in such circumstances, in fact probably because of them, man could decide what he wanted to take away from this experience.

“It can be said that they were worthy of their sufferings; the way they bore their suffering was a genuine inner achievement. It is this spiritual freedom – which cannot be taken away – that makes life meaningful and purposeful.”

Viktor saw and experienced for himself that “any man can, even under such circumstances, decide what shall become of him – mentally and spiritually.”

We choose our responses to what is happening to us at any given moment in time. Even in a concentration camp, man can retain his human dignity. He can choose how he will respond.