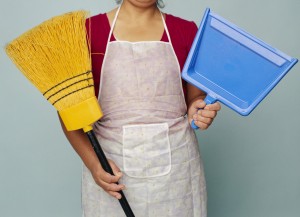 We had just built and moved into our new home and were in various stages of unpacking and trying to find a place to put things.

A vertebra in my lower back had been gradually deteriorating putting pressure on a sciatic nerve. Without warning, it could trigger a spasm in my left leg, culminating in a leg cramp that locked my entire leg in a rigid position. Once locked, I was unable to move it until it had run its course.

However, if given enough warning, I could alter the outcome of the spasm. If caught early enough, I could push my foot down hard on the floor and stop the cramping cycle. Even when asleep, my brain was on alert so I could stop the progression. If I didn’t, I would have to endure the excruciating pain until the affected nerves and muscles released me from its grip.

Lifting and bending would aggravate my lower back and make the situation worse. I found I could only work for a short period of time before pain would drive me to my chair with an ice bag.

For someone who had lived her entire life in perpetual motion, sitting and doing nothing was frustrating and extremely stressful.

But what could I do? A visit to my orthopedic surgeon in Portland had been scheduled; but in the meantime, I struggled with unfinished work all around me.

Then, I started paying attention to that small internal voice that repeated what it had said to me so many times before – focus on what you can do, and forget about what you can’t do.

But what could I do that would be the least bit constructive? I couldn’t just read books or look at magazines. Trivial pursuits were not something I enjoyed for long. I had to be accomplishing something worthwhile.

Then I remembered all the cooking magazines I had collected over the years. They were full of great recipes, cooking tips and instructions that I wanted to keep. I had brought them with me to my new home, hoping that I might find time to go through them, save what was important and throw the rest away. But I had always been too busy; until now. Now, I realized, was the perfect time to get the job done.

Before I went to Portland for my scheduled back surgery and fusion, I was able to go through all those magazines that had been languishing in boxes for so long. Now the important recipes and information was safely stored in binders. I still have them, use them and refer to them all the time. If I hadn’t thought about the things I could do, I might never have accomplished that task and simply thrown the magazines away.

No matter what the situation, difficulty or limitation – there is always something of purpose you can focus on and accomplish. But it takes a purposeful decision and intention.