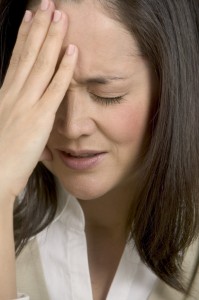 If you have known someone or lived with someone who has an anger problem, you might think there’s nothing good or redeeming about feeling angry.

Yet anger is a normal, natural emotion and has a purpose – it is part of our survival system.

Anger and aggressive behavior are not always synonymous.  You can feel angry without becoming aggressive.

We often have mixed feelings about this potentially explosive emotion.  If we think anger is bad, we won’t know what to do when we feel angry.  If we think being angry automatically leads to uncontrollable behavior, we might want to deny it or carefully hide it behind acceptable cultural masks. But it doesn’t just go away.  The thoughts associated with it need to be acknowledged and dealt with.

We have received mixed messages about anger. In the past, men, traditionally, were excused to show outward expressions of anger, while women traditionally were told it was unacceptable. Today, however, women are given cultural license to show both anger and aggressive behavior.

But does acting out in response to anger through aggressive behavior accomplish the goals or outcomes we want?

Whether you are a man or a woman, understanding your feelings of anger and how to express it appropriately is crucial.  The inability to do so can result in hostility, silent rage or passive-aggressive behavior.

We need to own our emotions, know what is fueling them and assert ourselves responsibly.

Anger triggers powerful body changes and like fear helps a person prepare to fight when threatened.  Anger can quickly escalate to physical aggression, abuse or destruction of property.

When anger becomes rage we see hostility.  A hostile person will explode over seemingly simple things. Responses are blown out of proportion to the event that triggered them.  Hostile language includes yelling and screaming, in your face, sarcasm, and expletive words (obscenity or profanity).  Anger spews out like acid on unsuspecting victims.  An angry, hostile person does not hear or listen rationally.

Passive-aggressive individuals use subtleties, manipulation and veiled hostility instead of being openly hostile.  They are difficult to be around and use subterfuge and deceptive ploys in their interactions with people.

An angry, hostile person does not hear or listen rationally. You can not have a rational conversation with someone who is enraged.  If you are the recipient of anger and abuse on a daily basis from a partner or spouse please seek help from a trained counselor. You will not be able to change or fix that person’s anger problem simply by being more accommodating.

We think of aggressive behavior as someone who is out of control, in your face, with no interest in your feelings or concerns.  When people are assertive, of the other hand, they focus on the problem or conflict, define their position of why they think a certain way and are willing to listen to your ideas as well.

People who are assertive

Assertiveness is determined by what we deem is appropriate for each situation.  We are not born with this skill – it is learned.