Strands of wispy grey hair surrounded her face as she sat at the kitchen table, laboriously translating her familiar German into written English. A word primer and scraps of paper were scattered over the kitchen table, as with pencil in hand she devoted herself to writing. It was nine o’clock at night; she was tired after a long day’s work on the farm where we lived, but she was committed to practicing her writing before going to bed.

I was next-to-the-last of ten children born into a German American family. Early in those family years, German was spoken as our main language. By the time I was born, it had been replaced by English.

But although conversation was now in English, my mother still read, wrote, and sang in German. She had a beautiful voice that evoked a resonance from her past.

Both my parents immigrated to the United States as young children, their parents moving to North Dakota where there was a large population of German people. My parents met as young adults through their small-but-strong Lutheran church.

Like many people at the turn of the century, they started life together with pennies in their pocket but with strong constitutions and beliefs. Formal education was a luxury to many immigrant children, as they often went to work outside the home at a young age to help support the family.

While my parents were not school educated in the traditional sense, they were both intelligent and wise in common sense, the ability to plan and achieve. They had a strong work ethic that went beyond the normal eight-hour workday.

Chores started at daybreak and didn’t end until well into the evening. During the summer months there was a garden to be planted, chickens to feed, cows to milk. Mom would help with the crops when needed, and I remember Dad returning to the fields late in the evening.

Later, the garden’s harvest meant long hours of canning for the winter months, butchering of animals to be frozen or hams smoked. Most of the work was a joint venture while each held the responsibility for their end of the work.

To my mother, family was everything.

And next to family was her love of flowers. Even with all the chores and work required on a large farm along with raising a large family, she was able to carve out time to create pleasure and beauty with her flowers. Her flower garden was the envy of neighbors and throughout the cold North Dakota winters; her African violets thrived on the clear glass shelves Dad made to hold them inside the kitchen window.

A move from our large Midwest farm to a small farm in Oregon separated our sizeable extended family. At first, my older sisters wrote and sent letters, birthday, and Christmas cards for my mom. But gradually, as they married and moved farther away, this became more and more difficult.

At the time, I was considered too young to be a part of that mother-daughter group. And now in her mid-60s, Mom was not content to end the day without working on the personal goal she set for herself: finding a way to send those letters and cards. She would not be deterred.

She decided to teach herself to write. 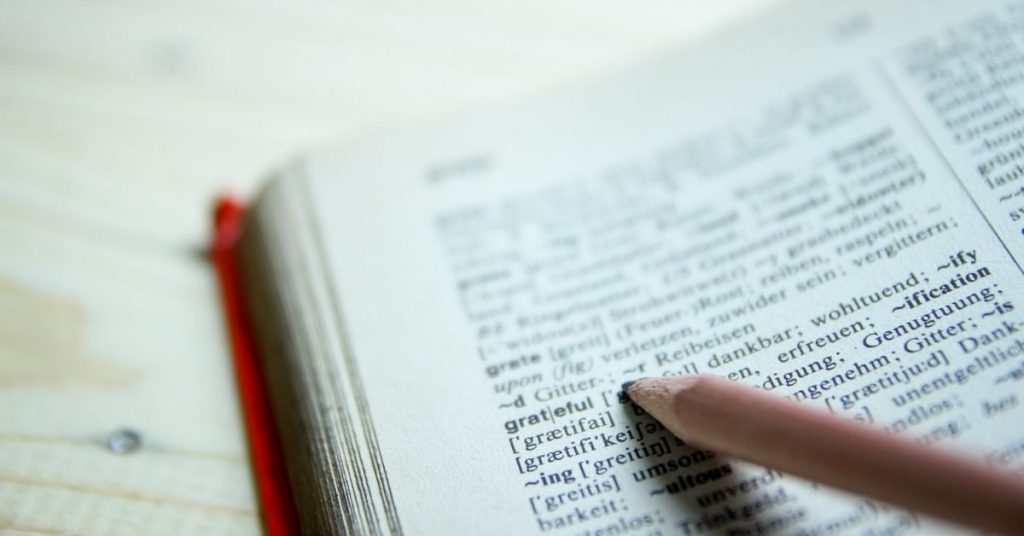 Family and connections were that important. It was in that moment at the kitchen table after working hard all day that I witnessed what faith and determination could do; and I beamed with pride at my mom, whose identity was often lost in the day-to-day struggles. It was an image burned into my memory and I have not forgotten that intense pride I felt for my mother. Later in life, I would appreciate even more what that effort in learning to write in English required in both willpower and resolve.

My parents had an old-fashioned marriage.

They were married 75 years before death separated them. My mother gave birth to eleven children, one who died in infancy and one who had severe Down syndrome. She worked hard every day. In today’s world some might think she never had an opportunity to develop her own identity. But I know she didn’t see it that way.

While life might have been hard, my mother developed her identity through her flowers, keeping her family connected and instilling faith in God to her children. Together with Dad, they taught us by modeling life, the importance and value of hard work and perseverance.

I leaned that even in the bleakest of times, we can create spots of beauty. And I learned that no matter what changes or adversities we face, God gives us the strength, determination and resolve to create something positive from it. It’s not what life hands us; it’s what we do with it that matters.

Mom, you’re my hero. I miss you as I celebrate your life.