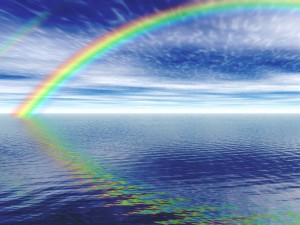 It is in our adversities where we find God waiting for us: to comfort, encourage and give us hope.

When the Old Testament Prophet Elijah fled for his life from Queen Jezebel’s wrath, first into the desert and then retreating to the mountains, he was so exhausted he wanted to die. He struggled with his inner fears, doubts and insecurities, wondering whether it was all worth the struggle. God met him there in the midst of his exhaustion and questioning spirit. It was where Elijah discovered a healing God in the still quiet voice that spoke to his spirit.

It was in his affliction of a skin disease that Naamon, the mighty, esteemed and proud general of the King of Aram discovered humility and God. In order to be healed, he had to wash himself seven times in the muddy, dirty water of the River Jordan. In that inner struggle, Naamon had to put life into clearer perspective.  All his wealth, possessions and battle trophies could not buy him the restoration of his health. And he was forced to consider which was more important – his pride or getting better. He found more than healed skin from the Prophet Elisha’s directions – he discovered the God of Israel.

It was in the indescribable pain and the ongoing adversity in his life where Job discovered lessons from suffering. Job had led an honest, good and faithful life following the principles of God. But when he was hit with the downward spiral of one adversity after another, he became angry and confused.

Job lost his home, his wife and his family. His friends were more accusatory than supporting. But it was in this unceasing adversity where Job discovered God. As Eugene Peterson writes in his Introduction to Job in The Message, “At first Job rages in pain and roars out his protests, but then he becomes silent in awestruck faith before God, who speaks from out of a storm – a “whirlwind” of Deity. Real faith cannot be reduced to spiritual bromides and merchandised in success stories. It is refined in the fires and storms of pain.”

It was in his affliction that the Apostle Paul learned he needed to rely on the strength of God. It was in prison cells where Joseph of the Old Testament and Apostles Peter and Paul of the New Testament trusted God and became examples to their guards of what it means to live in acceptance and in God’s love and peace.

In the unfolding horrors of Nazi Germany, Bonheoffer, the brilliant theologian, struggled with remaining safe abroad or returning to be with the his people. He chose to return and just before the war ended, was arrested and shot by the Nazi’s. But in those weeks within the prison walls, Bonheoffer, like Joseph and Peter and Paul, exuded peace and love and left an indelible imprint on the lives of his jailers.

The Bible is full of the stories of people like you and me who experienced tragedies and struggled with their adversities. In today’s world, we have the stories of many people who found within their losses and difficult times, purpose and meaning.

May you find in the midst of your pain or adversity not only God’s love and comfort, but purpose and meaning for your life.