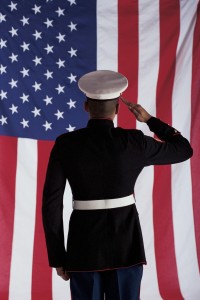 In August 1776, a large British armada arrived at New York with troops to add to the British artillery. It was the beginning of an engagement that would become our war for independence – a war which lasted over five years until Cornwallis surrendered at Yorktown in October 1781.

As I finish Jeff Shaara’s novel, “The Glorious Cause”, I am reminded again of what it took to win our independence. Each time I read about the sacrifices involved, it has left a deep imprint on my spirit and soul.

Why were they so willing to endure such unthinkable hardships and persevere when all evidence of hope was gone? Why was the belief in freedom so strong that it was literally that spirit alone at times that enabled them to succeed?

They were outnumbered, outspent and at times out maneuvered. Yet they never gave up, so deep was their determination that people should be free to live without government intervention.

What does freedom mean to you? Do we have that same spirit today?

Our challenges may be different and freedom may take on a new meaning for us today. Our fight may be against addiction or a destructive lifestyle. Perhaps it is fighting to save a marriage or become a better parent. Perhaps you find yourself struggling to live a life of integrity when morals and ethics seem to be disappearing all around you. Perhaps you are fighting to live within your means. Whatever the challenge, it will require that same spirit of determination.

Hopelessness can erode our fighting spirit and desire to keep trying. To fight against hopelessness we need to remind ourselves that the freedom fought and won so long ago still gives us opportunity.

May our 4th of July celebration be one of humble thanksgiving for the people who were willing to put their lives on the line for us and a silent prayer that we too, when called to live with principals and values and dignity, will have the courage and strength to endure and rise above whatever hardships are put in our way.