A crowd gathered in the expansive home of a friend and colleague of my son. We were there to honor and celebrate his life.

Samples of his art were exhibited everywhere: fastened to walls, leaning against a lamp or piece of furniture and on covered tables.

We drank toasts to him and ate Creole rice, New Orleans style, using the recipe he used for large parties he gave where friends spilled outside his small apartment into the outdoor corridors because his apartment would not hold them all. His family of friends was vast.

After mingling and getting acquainted, we gathered in the spacious living room to share our stories about Don. Some of the stories were familiar to everybody; others, only a few knew, and some, only I, as his mom, could tell. These stories shared a lifetime of Don growing up and acceptance of physical limitations that never stopped his smiles or sense of humor.

One story I heard for the first time truly epitomized my son. Many people who gathered there that day used to meet regularly as a support group, where they encouraged each other as they endeavored to survive in a very tough industry, discussing potential and collaborative efforts on projects and their careers.

Here’s how the story unfolded:

My son desired to show his conceptual art and script ideas to a popular Hollywood director/producer whose films were in the same genre as Don’s.

As Don shared his hopes with his friends, they reminded him that this director was filming in Prague and would probably be there for a couple of years. The chances of getting to see him in the States would be hard enough; in Europe it would be near impossible.

But Don was undeterred.

He packed his portfolio and flew to Prague, where, despite the incredible odds and challenges, he managed to meet with this director. From then on, whenever his friends encountered what seemed like an impossible situation, the mantra became, “just go to Prague.”

My son had physical limitations.

He had been to Europe; he knew travel was not easy. There were a lot of hills and concrete steps; and walking up and down stairs was an effort for him. Yet, he went. 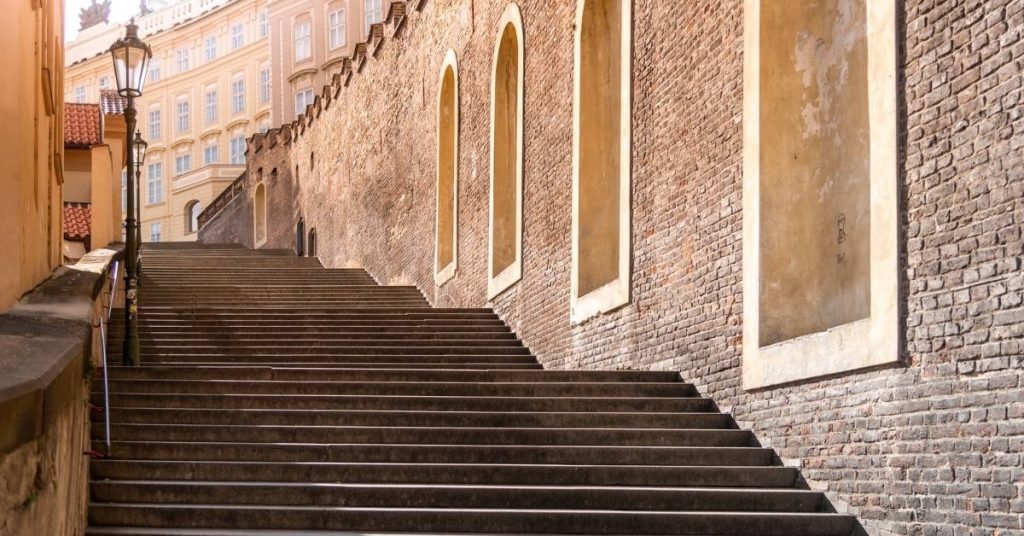 On a limited budget, he had to maneuver 100 steps to get to his rented room. When a call came telling him he could have a few minutes with this director if he could get to the film site within a half hour, he grabbed his portfolio and headed down those dreaded stairs. It took him a half hour to get down. But he continued anyway and was able to meet and talk with the director.

There was no guarantee that he would accomplish his mission. In fact, everything said the odds were just too great. But he believed in himself and his art. And he was willing to take the risk.

As writers, we too are asked to take a risk.

That risk involves becoming vulnerable to our creative ideas, beliefs, and desires. It involves rejection, over and over again while we struggle to perfect our art form.

The obstacles you face may be just as daunting as those my son faced.

But I believe that if God gave us the talents and abilities to become writers, then we too must pick up our “portfolios of thoughts and ideas” and “go to Prague!”

I wrote this piece after the death of my son to encourage the writers I knew. But whether you’re a writer, housewife, janitor, teacher, or medical doctor, you will face what might seem like overwhelming obstacles. But with a belief in yourself and in God, you can overcome any and all of them. Just believe.