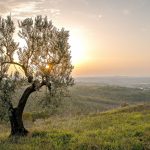 First, I dropped a contact lens and spent 10 minutes looking for it. Then I received a warning about an unpaid cell phone bill. After my attempt to pay online failed, I hurried into town to pay in person. But the office was closed. I returned home and tried again to pay online and finally after a lot of resets the bill was paid. The morning had been spent frantically trying to resolve problems that seemed to come out of nowhere.

As I fixed myself a late breakfast, I found myself in a funk, frustrated for not being more careful putting in my contacts, angry with technology that seemed to make the simplest things more difficult and at myself for forgetting to pay my bills on time. I had planned on completing some writing projects that morning and instead my time was spent taking care of unexpected emergencies.