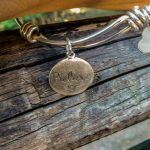 Several years ago, I met a bubbly and enthusiastic woman. As I got to know her, I was amazed at her life story. She was a goal setter, had a college degree, got married and expected her goals to become a reality.

She discovered, however, that the career she had chosen was not what she had hoped for. She was happy to be a stay-at-home mom, but when her second child died in the womb, she was devastated and was convinced it was her fault even when doctors assured her it wasn’t. She went from a healthy, vibrant individual to sinking into a troubling depression.

During this time, she found a bracelet lying on the sidewalk. She discovered words inscribed on the bracelet… words like imagine, believe, and create. 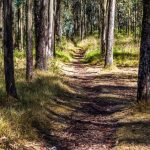 Difficult times compel us to stop and make an assessment of where we are in life.

Such an evaluation can enlarge our vision. We may need to abandon unclear goals and replace them with new, more coherent, or articulate ones.

At these crossroads, we are given the opportunity to clarify what is really important to us so we can step out with a new purpose and ending in mind. 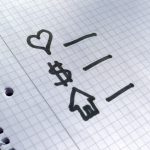 Last week we addressed conflicts and problems that exist between more than one person, and how you can properly identify the problem, given two different perspectives.

This week I share a major problem I faced and how I was able to resolve it.

After the death of my husband, I was faced with a huge financial decline along with a house we had just built, a small mortgage and lack of immediate resources.

My basic problem: What do I do now? What are my options? 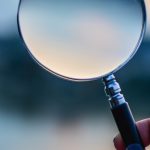 Before I returned to school to get my master’s degree in psychology and counseling, I had the privilege to work for a company that provided two-week training workshops to injured workers in chronic pain. The participants were mandated to attend before their workman’s compensation expired.

When they arrived, they were angry and combative. Yet over the two weeks, we saw a profound change in individuals – they had hope again. They began to focus on what they could possibly do rather than what they no longer were able to do. It was an amazing transformation I witnessed many times.

However, some participants refused to consider such an option, and remained locked in bitterness over their injuries. When we believe we are limited or have no choices, we experience hopelessness, helplessness, resentment, anxiety and fear.