Once upon a time, a package was delivered to a young woman. When she opened it, her eyes blazed, and she became very angry.

Although infuriated over receiving this parcel, she nonetheless took it with her wherever she went. Soon other packages arrived, and she had to get a larger bag to put them in so she could continue to carry them with her.

Every morning, she dutifully picked up her bag, which was growing heavier and heavier. She took it with her on the bus to work and when she met with the girls for coffee or a glass of wine.

It went with her to family gatherings and remained on her back as she fixed meals and adjusted her load to make the beds and do the laundry.

Every once in a while, she received another unwelcome and unwanted package, which she stuffed in the bag with the rest.

There were moments when she put her bag down and went for a walk in the woods or on the beach where waves gently lapped her ankles. At such times she felt free and alive. She enjoyed the sun and sweet smells of the forest and breathed deeply the fresh salt air.

She felt weightless and at peace and was tempted to leave the bag behind when she left these peaceful environs. 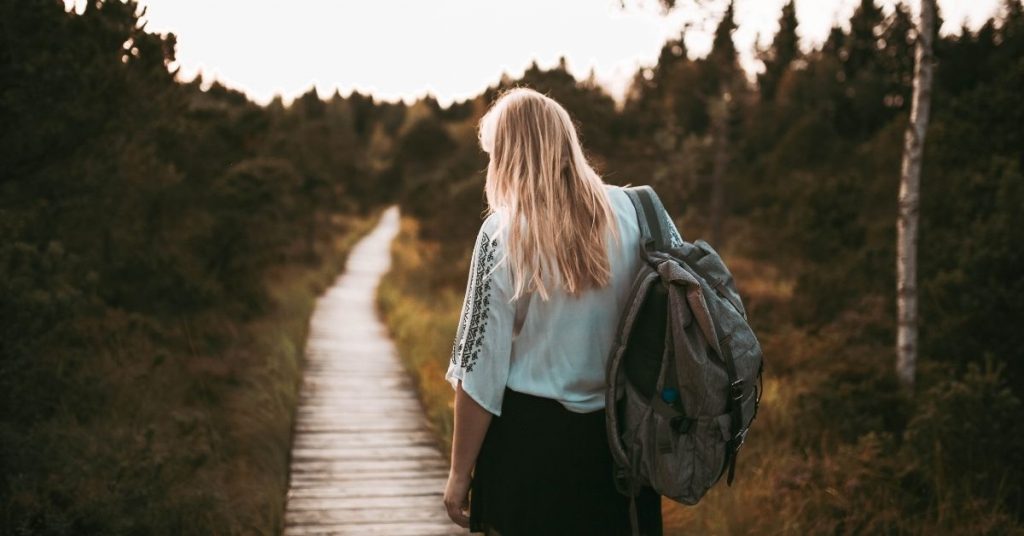 But it called to her, and she would pick up her load once more. The sweet moments she had just enjoyed became burning coals of sadness, regret, and despair.

One day as she walked down the path of life, an old man stopped her and said, “I have been watching you. Every day you carry that big bag. I can tell it is heavy by the way your body sags under the weight and the strain of effort that shows on your face. You must have something very valuable in that bag.”

The woman, who was aging more rapidly because of the constant strain, set the bag down for a minute and reflected before she replied. She had been carrying her load for so long it just seemed natural to do so.

“Sir, the packages in my bag are things I do not want, have never wanted, and I carry them with me so I never forget how much they have injured me. If I lay them down, I might forget. For you see, in this bag are all the betrayals, rejections, insults, lies and humiliations I have received – things that have cut and wounded my spirit and soul.”

The man responded with shock, “Why would you want to keep carrying them around with you? Why don’t you put them down and leave them behind?”

The old man looked around and slowly said, “But they don’t know you are carrying this bag of grievances and resentment. They are not around. Whatever was done to you, you continue to do to yourself. You are not exacting punishment on them, but on yourself. Others may have injured you, but you continue to inflict pain on yourself. “

Amazed, she said, “But if I put it down, won’t I be saying that what they did was okay? That they got away with it. As long as I carry this bag, I can be thinking of ways to get even.”

The man kindly and compassionately said, “Is it worth letting a lifetime of joy and happiness pass you by?”

She looked into his eyes full of wisdom and grace and realized for the first time that by carrying her bag full of resentment and grievances, she was unable to build a constructive and meaningful life. She was unable to see the beauty around her.

She thanked the man and went home. She put her bag down beside her and pondered the things he said. What could she do with all the packages she had been carrying around for so long?

She opened the bag and looked inside. She discovered the packages had turned to stone; not only all the injustices and wrongs she had endured, but her anger that had flamed into a deep simmering rage. As she sat there weeping, she realized she no longer wanted to carry them around with her. But what would she do with them?

As she looked out the window and gazed at her garden so ordinary and plain, she had a brilliant idea. Filled with an energy she hadn’t experienced in years, she began removing the stones, using them to create a new pleasing design for her garden. 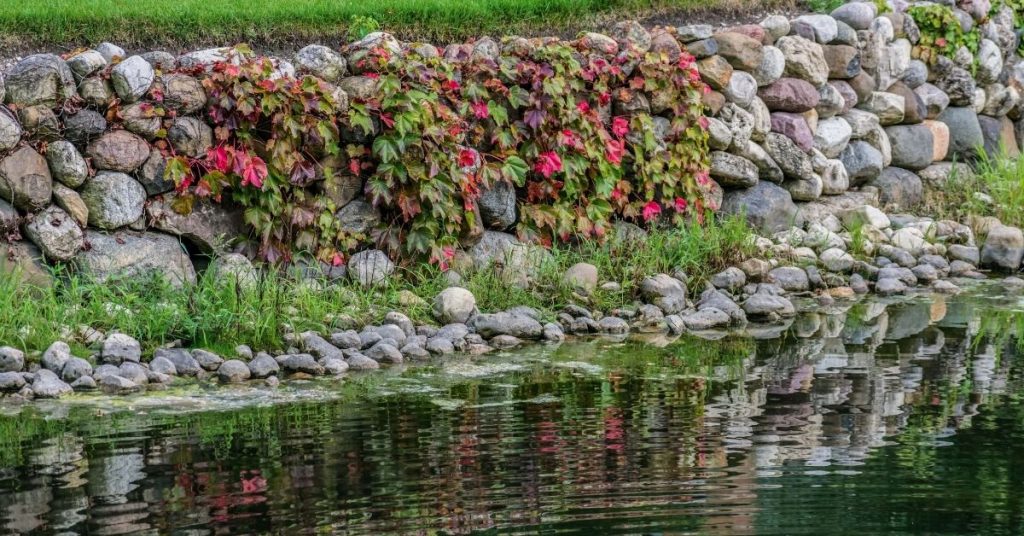 She built a large mound of stones and dirt and planted beautiful flowers and plants in between. Other stones became low walls for beautiful ivy to tumble over. Some became the perimeter for a water pond that held the tears she shed, and others framed pathways that wound around the beautiful sculptures she created.

Her garden was no longer ordinary and mundane, but inviting and pleasurable. She invited friends and family to gather with her for lunches, teas or dinner parties. And when she wanted to enjoy the peace and comfort that fed her soul and spirit, she chose one of the benches to sit and rest.

It is so easy to accumulate the bundles of betrayals, rejections and lies we have received that become resentments and grievance stories. And like this woman, we carry them around without thinking of the cost.

Don’t you want to set your heavy load down, choose to forgive and be free?

Read Marlene’s story in It’s A God Thing: Stories to Help You Experience the Heart of God, by Freeman-Smith. Fifty real-life stories that demonstrate the real grace that can only come from a kind and loving Heavenly Father. Available on Amazon.com.