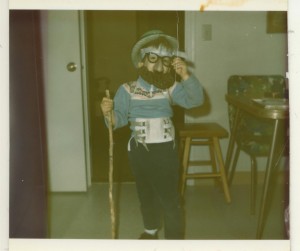 Many months later, we again took our son home from 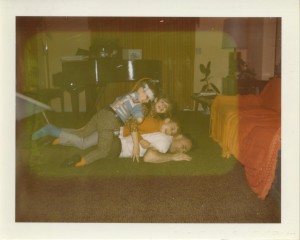 another hospital after extensive tests and a weeklong stay. Only this time we were in shock.

The final diagnoses was that Don had cerebral palsy of the worst magnitude (a-mi-tonic-quadriplegic was what we heard).

We were instructed to have a brace designed for him as quickly as possible so he might have a chance to walk. 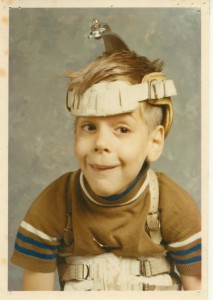 We drove in silence – trying to come to terms with what we were told. Would Don be able to walk or even talk? How would we function as a family? Would we be able to go camping as a family? Our minds whirled around and around as we confronted the magnitude of what lay before us.

When we arrived home, I knew beyond the shadow of a doubt that I could not raise this child without the help of God.

My prayer couldn’t just be a traditional prayer that I was used to growing up in a Christian family. This required knees on the floor beside my bed.

I believed in God and I believed in miracles. I was also aware that reality doesn’t go away with the wave of a magic wand or even a wishful prayer.

I prayed that God would give me complete acceptance, along with wisdom, strength and faith to raise this child as normally as possible. 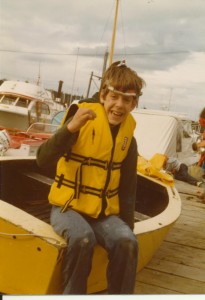 I was rewarded with the most incredible peace I have ever experienced. And it was the beginning of the most marvelous journey I have ever been on.

Because my prayer was not only answered, but we experienced answers to unspoken prayers in the most remarkable way.

Don didn’t have cerebral palsy. He had the absence and weakness of muscles, not only in his neck but down his back.

My son not only walked, he started drawing as soon as he could hold a pencil. He played the trombone, he swung from ropes, he was in the cub scouts and was active in drama and the theater.

At the end of his career, he was a freelance artist who worked in one of the most difficult areas – Los Angeles media – designing, creating and writing. He did story boards and produced some movie shorts. When he died from pancreatic cancer, he was highly respected by his peers and had a huge family of friends. 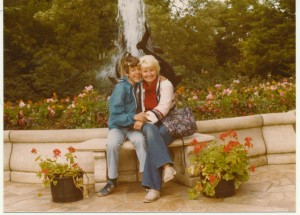 When I got off my knees, I took that peace God gave me and strode out my bedroom with an “I can do” attitude and mindset.

Don had a sense of humor that didn’t quit and would have all of us laughing.

Can you laugh through your tears?

Oh yes you can. Allow yourself time to absorb whatever challenge you have been given.

Then with prayer make a purposeful decision to find the blessings involved.

Cry – but then laugh – for the God that loves us so much will not only give you strength and faith. He will allow you to find the joy, blessings and laughter that are in all things.

Thank you God for all those wonderful years!

Thanks Don, for your humor and laughter and joy that you gave to the entire family.We continue to chuckle over some of those incidents.

We continue to love you and hold you in our hearts.

And my prayers are forever altered.  They do not consist of formal prayers.  They are conversations with a loving God that continues to surprise me.

Check the email updates you want to recieve: