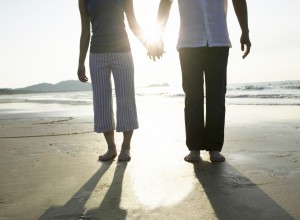 Perhaps you have experienced misplaced loyalty, broken commitments and trampled expectations from those you considered friends, colleagues and spouses.

If you have been hurt in relationships, you may ask: Relationships – who needs them? Wouldn’t it just be easier to stay out of any serious relationship all together?

And yet, we are social animals and require social interaction to survive. Consider this post from Jeney Cadell, PsyD who writes in her blog, How Healthy Relationships Change our Brains,

“We are much more interconnected than we realize. As technology advances and we are able to actually see into the human brain, we now have proof of this.”

Research is literally showing evidence that we are hardwired to connect with each other and “that healthy relationships actually soothe our brains.” Technology is allowing us to see what is happening within our brains.

We were not meant to face “the trauma and difficulties of life” by ourselves. Creating secure bonds is important for our health.

Consider the following statistics from several years ago when I put together my class on relationships:

Also in the RELATIONSHIPS series:

Part 2: Relationships: Where Do We Start?

Part 3: Relationships: Love Them or Hate Them