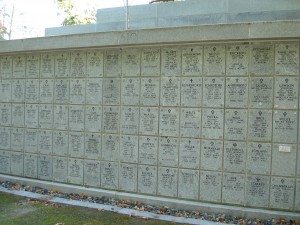 Every day we are faced with battles of some kind.

We draw a line in the sand with our kids or with an encroaching neighbor. We war inside ourselves about decisions we have to make. We spend hours in our mind defending our position within relationships and places of employment while preparing ways to stand up for ourselves without drawing swords and hacking up people with cutting words, sneering labels or arrogant resolutions.

Battles – every day we are confronted battles of some kind

Battles are real. We go to war when freedom is threatened because without it people become slaves to the whims and power of dictators. Going into battle, men and women are prepared to die for life that freedom gives them. It is a value that honors the battle it takes to preserve it.

In our everyday battles, the stakes are not always so high. We have an opportunity to clarify misunderstandings, learn how to communicate our needs and wants, problem solve differences and respect opposing views.

Sometimes we create battle fields when there is no need for them.

Our spouses, children, neighbors, bosses and co-workers become the enemy we do battle with. We’re right and they’re wrong. But such polarization creates an atmosphere where discussion is impossible and we either become warriors or victims.

Whether we like it or not war is necessary. We are required to stand up for the principles and values that enable us to be free.

There is evil in this world and if we don’t acknowledge it we will be taken slave to it. To have freedom, we will be required to fight.

But many of our everyday battles have been blown out of proportion. We do not have to put on battle gear and physically do battle. We can take a stand when values are threatened and compromise when we share a mutual goal.

Which battles can I avoid and which ones do I need to confront? What situations am I turning into unnecessary battlefields? Am I doing battle because of a bruised ego or because a wrong really needs to be made right? Which ones are better defined as skirmishes that can be resolved without putting on full battle gear?