Daylight was rapidly fading and night closing in as our sailboat glided through the calm waters along the upper reaches of the Columbia River, hurrying to reach a safe port before nightfall.

It seemed an eternity since we began our journey – crossing the wide and sometimes treacherous Columbia River bar from the ocean. We crossed at full tide and the water was smooth as glass in the waning afternoon. We considered stopping for the night, but the waters were broad, and it would take time to find a place to berth or anchor overnight.

We knew there was a tiny cove near the headwaters of the river as it began winding its way inland, and there was still daylight. Traveling at seven knots, it took more time than anticipated to get around that first bend into the river proper and nightfall was plummeting fast.

Although the river was very wide, we were careful to remain in the narrow channel. The expansive headwaters of the river teases sailors into believing that the river is as deep as it was wide. But charts reveal just how shallow it is outside the defined channel. Venturing outside those perimeters guarantees you will be grounded in mud in a matter of seconds.

As we rounded a familiar bend, we were confident we had beat the receding daylight and would reach the entrance to a tiny cove where we could possibly anchor for the night.

The shadows deepened as protruding rock blocked the receding sun and daylight hastened to bed. We pushed our boat to its maximum, as our eyes adjusted again and again to the receding light of day that seemed to grow darker faster and faster.

We were now hemmed in by projecting precipices on one side and stagnant pooling water on the other. Our search for the entrance to that tiny cove took on a heightened urgency as darkness descended and our eyes were at their maximum ability to adjust.

There. Is that the entrance?

We cautiously approached the shoreline, knowing the entrance opening was narrow and would be hidden by shrubby trees extending over the water.

Yes, there it is. 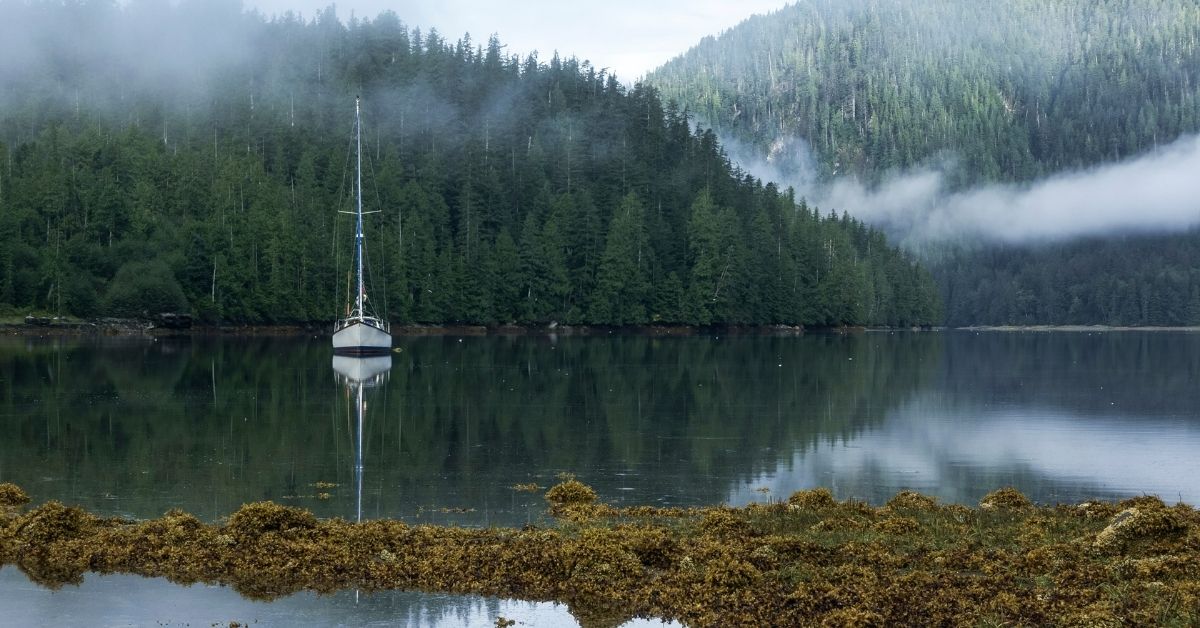 My husband expertly navigated our 30-foot sailboat through the entrance. The cove was smaller than anticipated and we debated whether to continue down river to a port with docks instead of anchoring there for the night. We slowly nudged the bow of our boat out the second entrance of this cubbyhole hideaway as we considered our options.

I scanned the river, my eyes probing the deepening twilight, that twilight where sky met earth and melted together; where defining lines of sea and land became blurred and space was measured by a light blinking in the distance.

But how far that distance was in feet or even miles was difficult to determine. Landmarks faded into nothingness and lights were identified by the beams they cast on the water.

The charts showed where the buoys were in the water and the lighted channel markers on land threw beams of light that, when aligned, would show exactly where we were on the water. They became definitive roadmap markers.

As my eyes made that strategic adjustment from daylight to the netherworld of twilight and onto the black of night where landmarks could only be determined by these strategically placed lights, I noticed lights high in the air. As I peered into the deepening gloom, it seemed those lights were moving – they were not anchored onto land or onto a buoy – they were moving.

We were idling in that entrance until we had definitive bearings before edging into the channel. Like ghosts in the sky, the glimmers of lights definitely were moving. But they were so high – what could it be?

And then, like a phantom emerging from the depths we saw it – a huge ocean tanker. It had shed its load in Portland and was making its way back to sea. 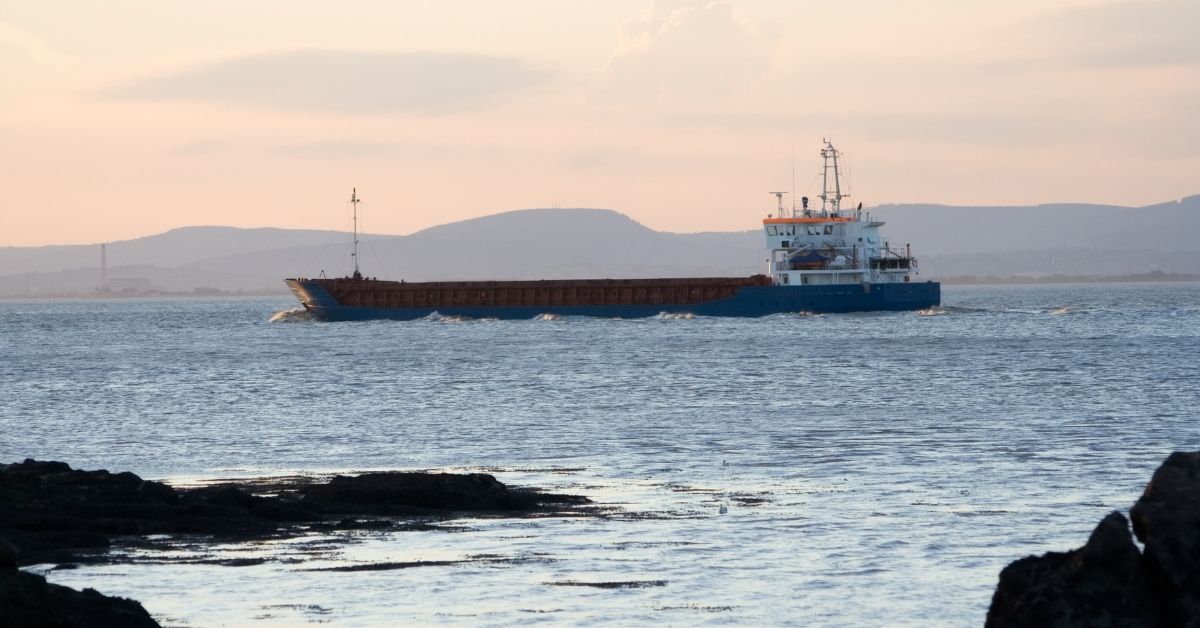 We were used to seeing tankers loaded with heavy cargo sinking their bulk low in the water. But when relieved of their heavy loads of lumber, steel, cars and whatever else they took from one continent to another, they rode high in the water.

It glided past us, its engines so quiet, we didn’t hear the motors until it had passed. We watched quietly and thanked God we had found that opening in the wall of foliage, as the ship consumed the entire river channel. We watched as it maneuvered the bend in the river and knew it would soon be crossing the Columbia bar on its way out to the ocean.

After letting out our breaths we considered again: should we drop anchor, or should we push on?

Just as a map helps identify highways and rest stops and gives a picture of towns and places in-between, the charts designed for navigation give similar information.

Not only does a chart show where the channel is that would be invisible if it weren’t for the placement of buoys that help define this invisible corridor through the water; it also gives depth of water and shows submerged rocks and sandbars adjoining the dredged waterway.

We knew the identifying lights of boats: sailboats, motorboats and yes, even huge ships. We were tired – we wanted to tie securely to a dock and not just throw out an anchor.

We made our decision – we would push forward.

After what seemed like an interminable amount of time, we found a marina with docks. We tied up for the night and collapsed.

But I will forever remember the phantom in the night – that huge ship, silently bearing down on us. It was a reminder that whether in daylight or nighttime navigation, remaining alert is imperative.

You don’t take anything for granted. You don’t rely just on a GPS but keep charts and binoculars handy at all times.

And so it is with life. We need to be prepared for the unexpected – the phantom ghost ships that suddenly appear in our path.

Sometimes we assume there are safe coves waiting around the corner and sometimes we think the territory we are headed into is safe.

Define your pathway; define the road markers; prepare for the darkening sky of night and learn how to read beams of light by night.